A geological survey was conducted in 1963 for the viability of building cement grain silos to the west of the south end of the K.S Anderson Wharf.  “On the basis of the data obtained from the investigation, it is concluded that the site was suitable for the construction of the proposed silos” reported Soilmech Pty Ltd.

The first stage of the facility was completed in 1965. An official opening of the Grain Terminal was undertaken by Sir Rohan Delacombe on 6 April 1965.

In 1978, the Grain Elevators Board assumed control of grain handling facilities at Portland.

Today, the silos are owned and operated by GrainCorp.  They have a storage capacity of 60,000 tonnes of grain and continue to be used to the present day. 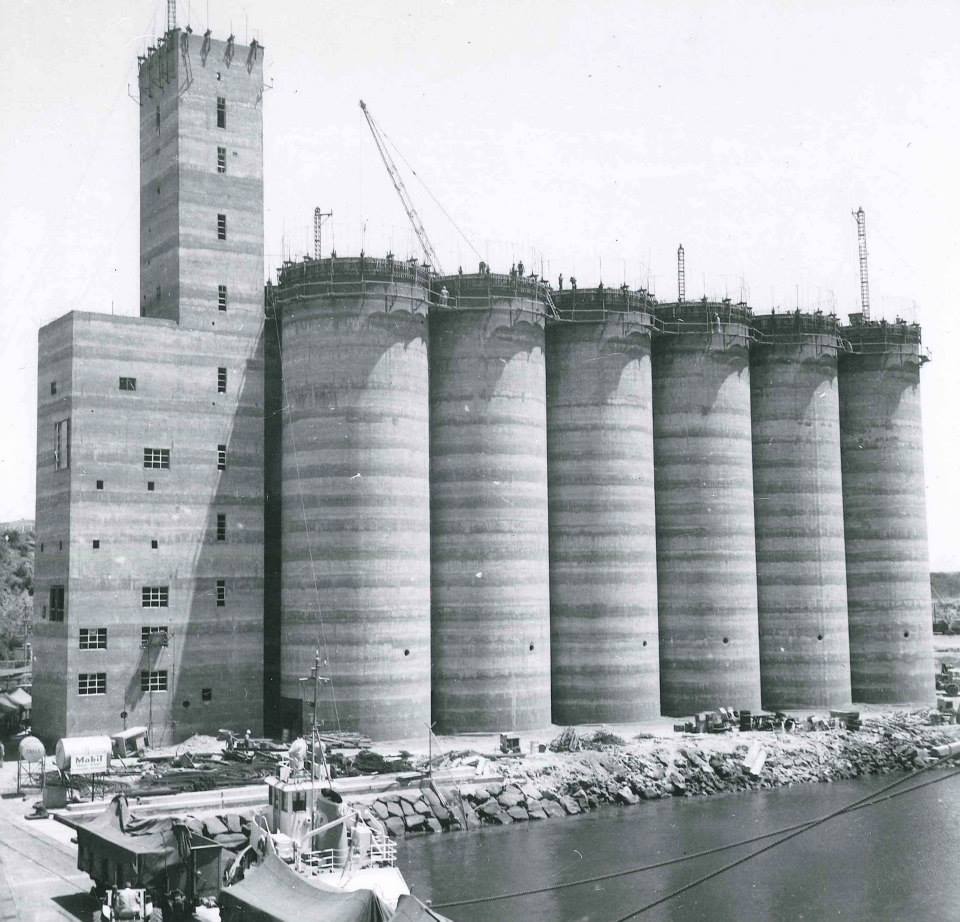 We remember and pay tribute to those who lost their lives during the building of the grain silos in Portland, namely Samo Castven, Gordon Howes, Charles Jones and Charles Hamann. Plaques have been erected at the Port of Portland Administration Office site in memory of these men.

View some fantastic archival footage of this project